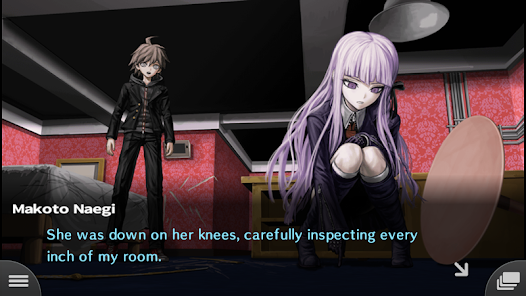 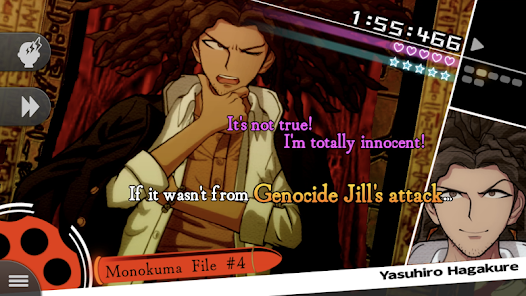 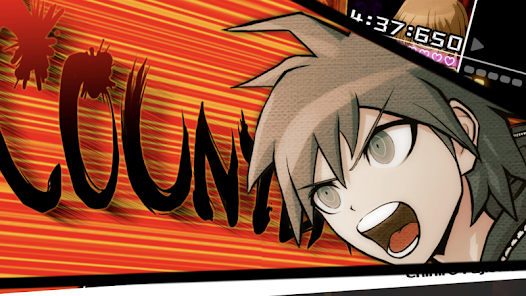 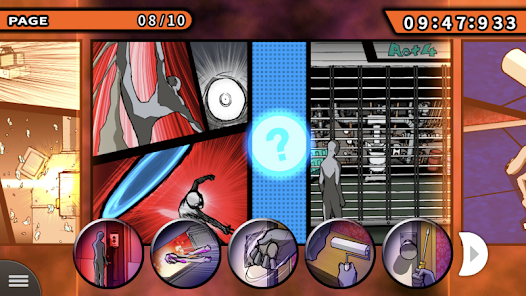 In celebration of its 10-year anniversary, Danganronpa is now available on smartphones!
Please enjoy this Danganronpa reborn
with improved gameplay systems and a new gallery feature.

The story takes place at a privileged government-sponsored academy known as Hope's Peak, where highschoolers of the highest caliber in various fields receive an elite education.

The exceedingly ordinary protagonist, Makoto Naegi, is accepted into this academy which holds the "hope" of the nation's future..

In the entrance hall, a stuffed bear that claims to be the headmaster tells the students they will live in the confines of the school until the day they die, and they must kill someone if they want to leave.

Including Makoto, there are 15 Ultimate Students from all over the world trapped in this academy of despair.
One thing after another crushes their hope. Incidents which shake their trust, the sadistic headmaster, and the mystery of the mastermind. Who is behind it all, and what do they want?

The battle with an unseen enemy begins…

・High Speed Deductive Action
Determine the truth of each incident with testimony and proof gathered during your investigation. Use what you've learned in high-speed Class Trials to shoot down the opponent's statements.

・2.5D Motion Graphics
A distinctly crafted environment that's planar yet stereoscopic is born by combining 2D illustrations of characters and objects in a 3D environment.
These new, 2.5D motion graphics were developed by using unique motion techniques and camera work.

・Completely Optimized for Smartphone Controls
The 3D map movement controls and UI have been revamped!
The map jumping function has been improved along with various other adjustments, making gameplay even smoother than before.

・Intimacy Gallery
Intimacy Events have been compiled in gallery form!
Replay your favorite characters and events whenever you want, as many times as you want.

・Character Gallery
Allows players to view character sprites and lines in a gallery.
If you ever get the urge to hear that one line, now you can!

・Ultimate Gallery
A gallery full of promotional illustrations and character sheets from the official art book.

Visual Novel games are very popular with players in many countries, suitable for both men and women. Usually, games in this category often have a theme of love. And Danganronpa: Trigger Happy Havoc was released as blowing a new breath into this genre by combining adventure and Visual Novel. Coming to this game, you will immerse yourself in a fantasy world, experience the mysteries throughout the story.

The plot of Danganronpa: Trigger Happy Havoc is mysterious but no less scary, romantic. A mysterious academy named Hopes Peak has sent an offer of admission to a normal high school boy named Makoto Naegi. He entered the academy as the Super High School Luckster. However, when Naegi had just entered the academy, suddenly everything in front of him darkened and made him faint.

When he woke up, he found himself standing in a classroom and surrounded by other students. Everyone was bewildered about what happened when suddenly a black and white bear appeared and called himself Monokuma. Different from his cute appearance, the bear declared that if he wanted to leave, the only way would be to kill another friend. Neagi and the other friends are trapped in this deadly academy. They must find a way to survive and fight.

If you’ve ever played the famous Visual Novel series Ace Attyer, you’ll find this game has similar gameplay. I think Danganronpa has a bit faster pace. There are two modes in Danganronpa including School Life and Class Trials. You complete quests as well as interact with other NPC characters through the plot while exploring the academy while playing School Life mode. As for the Class Trials mode, people will be entangled in a mysterious murder and the player’s task is to find the culprit.

You play Danganronpa: Trigger Happy Havoc under the first perspective, opening up an open space for players to explore such as the schoolyard, academy areas, classrooms. You will join the adventure to explore the plot from the perspective of a character. Because this is a Visual Novel game, most of the solution, as well as the key to completing the task, lies in interacting with NPC characters. You have to chat, hang out, give gifts to students to learn about them and then search for clues in the school to find the culprit.

After enough intimacy, NPC characters will reveal something for you and you will unlock some skills to play Class Trials mode. The amount of information that the characters provide is quite large, but you do not need to worry that you will not be able to remember all because this game has a diary, which stores information about evidence and testimonies that players collect.

During the interaction with other characters, you have a chance to receive Monokuma Coins. This is considered a special “currency” used in a capsule in a school store to unlock gifts.

Adapted from the PC version, Danganronpa: Trigger Happy Havoc has a number of mechanisms changed to help you easily operate on your mobile phone. Players just need to touch the screen several times to forward the conversation.

Danganronpa: Trigger Happy Havoc has 2D graphics with designs that suit the context and characters. Colors in this game are a bit old but do not affect too much. However, the sound was pretty much complained by many players. Everyone knows that with Visual Novel games, the sound is an important part (because there are so many conversations). However, with Danganronpa, the English voice was quite different and made the whole story boring. The music of the game has salvaged a bit, helping the game become more emotional.

On the other hand, because the game only has simple 2D graphics, players can play with many Android devices, including phones with modest memory and modest processing capabilities.

Danganronpa: Trigger Happy Havoc is a game with a quite attractive storyline with many detective and horror episodes intertwined with affection. However, to download and experience this game, players will have to pay some money to Google Play to proceed with the installation. While it’s a relatively inexpensive price for such an interesting game, but if you want to get it for free, please download it on APKMODY.