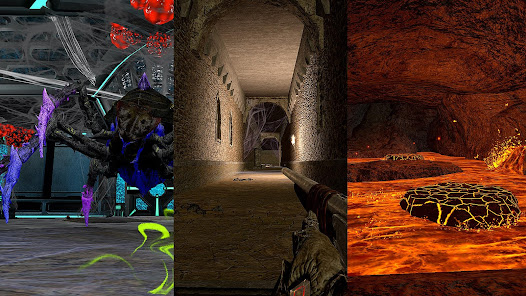 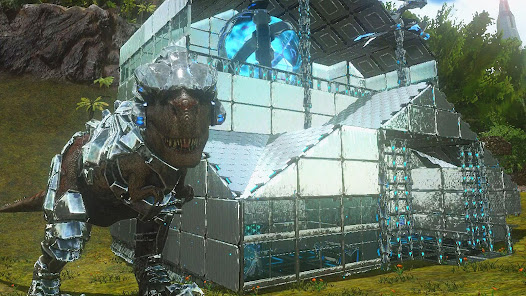 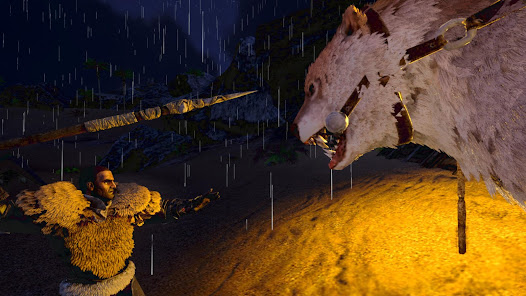 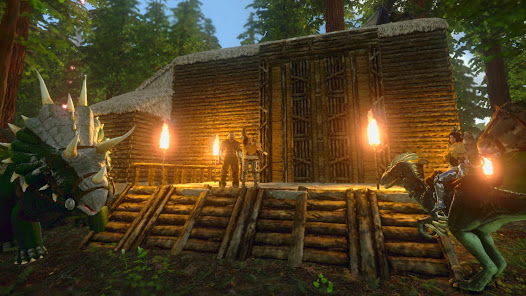 ***PLEASE NOTE: This game is officially supported only on touchscreen Android devices with at least 3 GB of RAM and up-to-date Vulkan support. There are some devices that should be able to play that are listed as incompatible, we will fix this as soon as we can! ***

Dive into the ultimate mobile dino-adventure with ARK: Survival Evolved! A massive game world combines with 80+ unique dinosaurs and primal creatures for you to capture and tame – making for a survival experience bar-none. Meet up with other players and friends in this Jurassic-era world, to form tribes and work together to build colonies of survivors.

Based on the genre-defining adventure from PC and consoles, ARK: Survival Evolved challenges you to survive and thrive on a mysterious island, where you start out alone and unarmed. Gather resources and craft tools to build shelter and hunt. Expand your domain while capturing and taming dinosaurs to do your bidding. Make new friends online, form tribes, and build mighty structures to defend against man and mega-predators alike!

Features of ARK: Survival Evolved include:

– 80+ Dinosaurs: Use cunning strategy and tactics to tame, train, ride and breed the many dinosaurs and other primeval creatures roaming the dynamic, persistent ecosystems across land, sea, air, and even underground.
– Discover: Explore a massive living and breathing prehistoric landscape as you find the means to survive, thrive, and escape on the Ark.
– Craft and Build: Using any means necessary to survive, craft weapons, clothes, and items, and build shelters, villages, or even large cities.
– Survive Alone or With Others: Group up with, or prey on, hundreds of other players in a large-scale online world or choose to go it alone in single-player mode.
– Join a Tribe: The 'Tribe' system encourages cooperation, by supporting dynamic parties to share resources, XP, and re-spawn points.

The game includes an optional Primal Pass subscription available on a monthly or yearly basis. The subscription removes all ads, gives you a 2x XP boost, and provides access to both preferred servers and to preferred slots on free servers. Subscribers receive an insignia next to their name to indicate their status as Primal Pass holders and will receive special news and updates from time to time.

The user will be asked to login to his Google account (if not already) prior to the purchase. The payment will be charged to Google Account at confirmation of purchase. The subscription automatically renews unless auto-renew is turned off at least 24-hours before the end of the current period. The account will be charged for renewal within 24-hours prior to the end of the current period. Subscriptions may be managed by the user and auto-renewal may be turned off by going to the user's Account Settings after purchase. Cancellation of a current subscription during the active subscription period may not be allowed.

After watching Jussaric World, I had the dream of seeing real-life dinosaurs, and it would be better to try a prehistoric life when the dinosaurs were not extinction yet. Then, I went looking for a game with content like that and I found ARK: Survival Evolved. However, I bet you that the experience is not pleasant at all because the dinosaurs are extremely dangerous with their predatory instincts, you will hardly survive in this game.

The game was released by Wildcard Studio, which supports XBOX and PC devices and is now Android. At the time of survival shooting games such as PUBG Mobile or Fortnite is popular worldwide, a survival game in the world of dinosaurs has attracted a lot of people interested. Since the release of the game, this game has had 150 000 positive feedback on Steam.

When you wake up, you realize that you are on a strange island. You have nothing in your hands, not even clothes to wear. Surprisingly, you realize this is not a normal island when you first see a dinosaur in the distance. Surely you are asking yourself: Is this true or just a dream? You slap yourself in the face, and you feel pain. That true, and welcome to ARK: Survival Evolved.

This game will take you back in time to prehistoric times and have a whole new life. On this island, you must learn to survive and do everything possible to survive from the empty hands. Dinosaurs are a fierce animal, they can kill you at any time if you don’t precautions. You can become a dinosaur hunter or become their dinner, that’s your choice.

First, you must quickly find the water and food that the game provides by picking fruit or hunting some small creatures in the forest. Because the weather in the game is very harsh, you should quickly create clothing to protect yourself. What if you were attacked by wildlife? ARK: Survival Evolved allows you to create weapons such as bows, guns, axes,… ready to face the threat. Building homes, buildings, or facilities is also a great way to protect yourself from certain organisms that are trying to eat you.

Anyway, you should also feel lucky because not only alone in this world. ARK: Survival Evolved is an online game where you and other players interact with each other, helping each other to survive. Maybe you will meet many interesting friends while playing this game. However, not all players are good, maybe they will attack you to steal the resources you have. In addition to the dinosaurs, you also have to deal with other players in PvP mode.

Dinosaurs are a huge animal and have incredible power, but humans prove that they are the rightful owners of the Earth. You can tame the dinosaurs to make them a friend, a moving vehicle in this game.

Many species of dinosaurs

When playing ARK: Survival Evolved, you will have to learn how to get used to death, because you will die a lot. A Dilophosaurus, a herd of Compys in the forest or a Spinosaur is enough to kill you. There are many dinosaurs in this game, so you have to understand their behaviour in order to survive. They will remind you where you stand in the food chain if you accidentally stray into their territory. Even in the water, you are not safe when the streams are filled with Megapiranhas and Sabertooth Salmon.

If you have ever played GTA then you will enjoy playing this game, because the map in ARK: Survival Evolved is so wide and allows you to comfortably move to wherever you want. The graphics of the game are built on the 3D platform with the most authentic design, not inferior to the original version.

Some weather effects are flexible, optimized for mobile devices. Perhaps so that the game quite picky fitting device, you should choose the high configuration device to experience the game better. Especially, when you’re offline, the characters in the game will sleep, not disappear. That is so funny!

Unlimited Money: You have a lot of money in this game.

How to install the MOD version

ARK: Survival Evolved is the most awaited survival game in 2019. Are you ready to take on the adventures and hunt some dinosaurs?